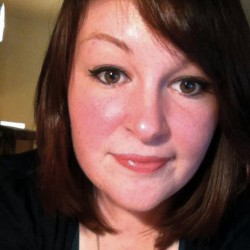 I've always been a big reader - it runs in the family. I read pretty much every genre, but my particular favourites are sci-fi and fantasy, with the occasional thriller, historical fiction or YA novel thrown in. 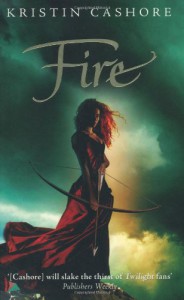 Whilst it's listed as the second book in the Graceling series, Fireis in fact a prequel, drawing in a couple of characters from the first book, and set at least thirty or forty years before the events of Graceling. And whilst it is a fun read, it's nowhere near the enthralling story that Graceling was.

The story is set in the Dells, separated from the other kingdoms featured in the series by a mountain range. The people of the Dells have not heard of Gracelings. Instead, their country is full of monsters - normal animals, distinguishable by their appearance and manner. Coming in a variety of colours and with a much more aggressive temperament as well as powers of mind reading and influence, the Dells are full of dangers. And once in a while, a human monster is born: that's where Fire comes in.

A beautiful young lady, with a head of flaming red hair, Fire is strong like Katsa (the Graceling protagonist). And like Katsa, she has an unusual power that a male relative wants to use to his advantage. Cansrel, Fire's father, is a monster like her, and tries to train her in his ways. But again, like Katsa, Fire resists becoming the monster that she is portrayed as and sets out to prove herself.

I really think Kristin Cashore has a talent for character development. Even those that we do not see often have a clear and strong presence, with many a character withholding a secret ready to be revealed at the perfect moment. The connection between the characters also feels believable - the clear case of brotherly love between Nash and Brigan, the sweet, lifelong friendship between Fire and Archer.

What I like about Cashore's books is her unabashed way of approaching sex and relationships in young adult fiction. Fire has a casual relationship with her lifelong friend Archer, who is turn is a bit of a womaniser. Sex is not used as a weapon. It is used as it should be: to make someone feel good, as a tool of pleasure, and as an act of expressing love. Neither sex nor relationships are ever portrayed in an unhealthy manner by Cashore, making these characters in a fantasy world feel a whole lot more realistic than many of their 'real world' counterparts from contemporary young adult fiction. And as I wrote in my review of Graceling, the relationships are believable because they grow over time, rather than being a result of insta-love. And that, my friends, is how romance should work.

However, the story just wasn't as gripping as that of Graceling. There just wasn't enough going on for me in comparison and the plot wasn't as clear set - but I've awarded it a solid four-star rating as I very much enjoyed it, and to tell the truth my expectations were high in comparison to the first book. I can't wait to move on to Bitterblue, which will reunited me with some more familiar characters.

Also, Cansrel was Fenris this time. Why do I keep linking Fenris (from Dragon Age II) to this series?!